In the 19th century, Spencer House hosted many large receptions for guests and the House was also opened to the general public for performances of music and for exhibitions there were reported complaints that:

“...the difficulty about a reception at Spencer House is that it invariably blocks St. James’s-street.”

This well proportioned room with a coved ceiling and plaster and timber wall panels was originally called the ‘Anty Room’ in Vardy’s original plans. It was intended as a waiting room or business room for visitors who came to see Lord Spencer. 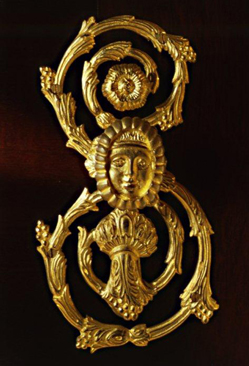 The two doors flanking the chimneypiece have late eighteenth-century style architraves which were, no doubt, inserted as part of Henry Holland’s work for the second Earl in the 1790s while the finely moulded window architraves are also original.

The unique gilt metal Spencer ‘S’ pattern door furniture, used in all the State Rooms, is copied from the originals now at Althorp.