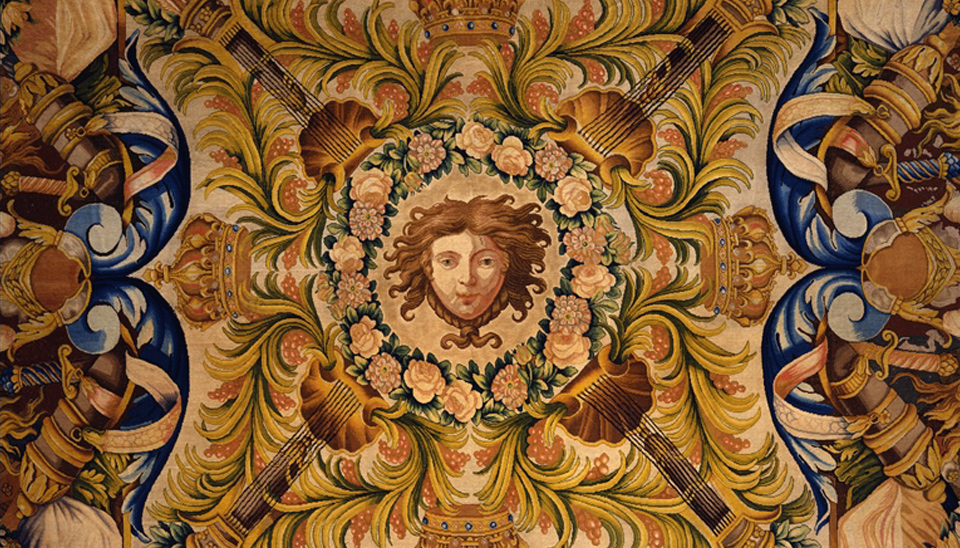 The Rothschild Collection at Waddesdon Manor comprises the largest and most comprehensive collection of Savonnerie carpets and upholstered furniture outside France. Despite its importance for the history of French decorative arts, relatively little attention has been given to the royal carpet manufactory since the publication of Pierre Verlet’s groundbreaking catalogue of the Rothschild Savonneries in 1982. Wolf Burchard’s lecture will revisit the history of the Savonnerie manufactory from its beginnings under Henri IV and Louis XIII to the present day, focusing on its major commissions for the Louvre, Versailles, and Notre Dame. His talk will also examine the dispersal of many of these weavings after the French Revolution in 1789, both through sale and as diplomatic gifts, as well as the rising British and American taste for Savonnerie carpets beginning around 1900.

Dr Wolf Burchard is Associate Curator European Sculpture and Decorative Arts at The Metropolitan Museum of Art, New York, formerly Furniture Research Curator at the National Trust and the author of The Sovereign Artist: Charles Le Brun and the Image of Louis XIV (Paul Holberton Publishing, 2016), which was partly funded by The Rothschild Foundation. From 2009 to 2014 he was Curatorial Assistant at the Royal Collection Trust, where he co-curated The First Georgians: Art & Monarchy, 1714–1760, an exhibition held at The Queen’s Gallery, Buckingham Palace, to commemorate the tercentenary of George I’s accession to the British throne. He studied the history of art and architecture at the universities of Tübingen and Vienna as well as the Courtauld Institute of Art, from which he holds an MA and PhD. Wolf Burchard has worked extensively on the Savonnerie manufactory and in 2012 published an update of Pierre Verlet’s catalogue of Louis XIV’s carpets for the Louvre’s Long Gallery, adding newly discovered carpets, carpet fragments and designs. He serves on the executive boards of the Georgian Group and the Furniture History Society as well as the vetting committees of Masterpiece London, TEFAF Maastricht and TEFAF New York.

Tickets £15 includes a glass of wine and an opportunity to view the State Rooms.

This link will take you to an external website for further information and in order to book tickets.